The film was titled Breakin' in some countries whereas it was titled Breakdance in others e.g. the United Kingdom. France strangely titled the film "Break Street 84"! The soundtrack to the film was released around the world with some noticable editions: 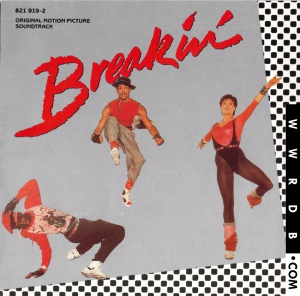 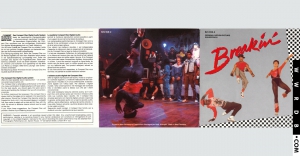 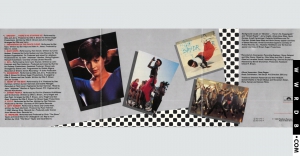 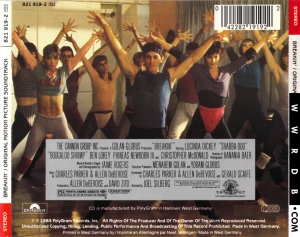 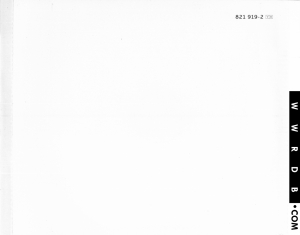 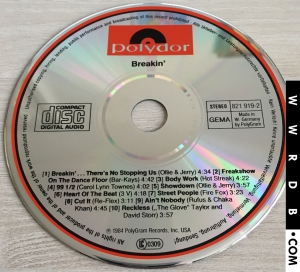 Out of 10 tracks 7 were released as A side singles in their own right. 2 tracks were released as B sides to singles ("Showdown" on the Ollie And Jerry single and Re-Flex's "Cut It' on their own "Praying To The Beat" single).
NOTE: Although used in the film, notably during Turbo's (Boogaloo Shrimp / Michael Chambers) great solo breakdancing scene with a broom outside the general store, the soundtrack does not include the Kraftwerk track "Tour De France". Kraftwerk are notorious for total control over their music so they probably didn't allow it to be included on the soundtrack album (god knows how the filmmakers even got it in the film in the first place). However, Kraftwerk (or maybe someone with enough clout in EMI's marketing department), around the time of the film's release in Europe, were quite happy to repress the original single from the previous year (with red labels), then manufacture a new remixed release (initially with a stickered plain sleeve, later with a slightly altered full picture sleeve design - the new sleeve design touted "as featured in the film Breakdance" on the front cover)!

For an article on the Breakin'/Breakdance sequel (Electric Boogaloo) soundtrack click here.

Products For "Ollie And Jerry - Breakin'… There's No Stopping Us"

Products For "The Bar-Kays - Freakshow On The Dance Floor"

Products For "Re-Flex - Praying To The Beat"

Products For "Rufus - Ain't Nobody"

Link to this article = https://www.originalsoundtrack.info/article/st/breakin_soundtrack.php (how to link to this web site - details)
Article number = 25